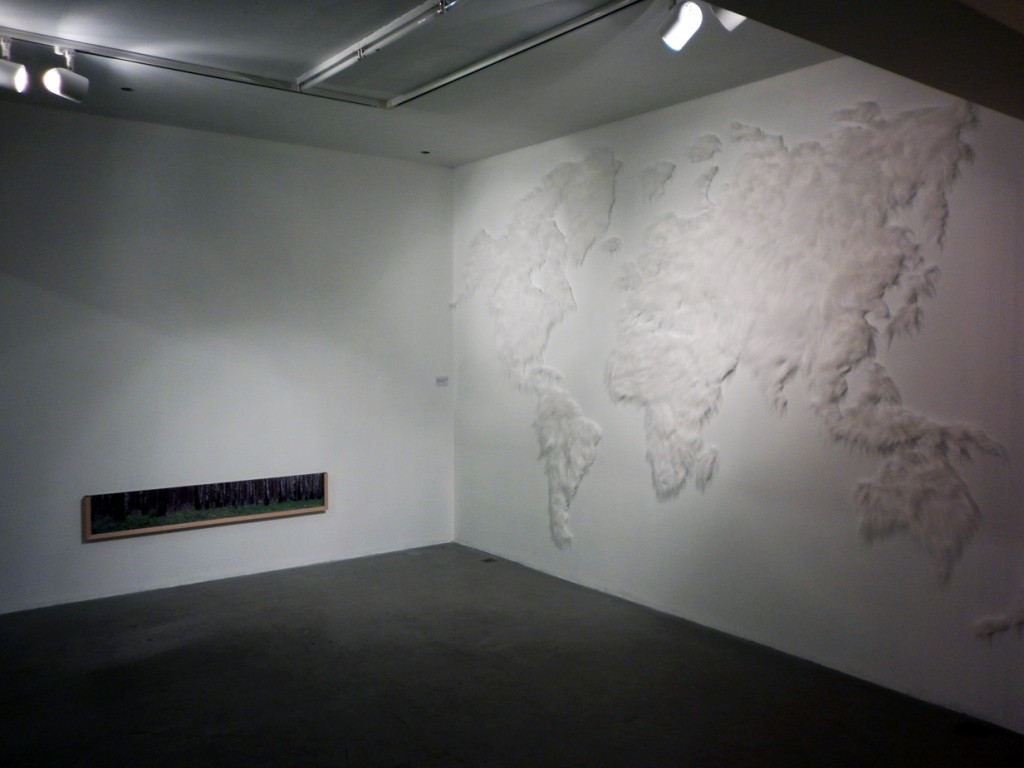 Zoran Georgiev’s (b. 1985) exhibition at the ICA-Sofia Gallery comes as a result of his residency with the International Studio and Curatorial Program in New York. As the winner for 2014 of the BAZA Award for Contemporary Art, an initiative of the ICA-Sofia realized in partnership with the Foundation for Civil Society (USA) and the Sofia City Art Gallery, the artist spent six weeks there in 2015.

The show is showcasing not only his reactions and thoughts on the often mythologized center-of-the-art New York City but also his full set of experiences as a modern day artist-nomad whose life cannot be restricted to only one place, territory or cultural tradition. Having been born in Macedonia, the artist got his art education in Sofia, Bulgaria to have now settled in Berlin, Germany. He takes part in international exhibitions and is the winner of prestigious awards. His artistic vision has been sharpened by the ability to see the complex interconnectedness of the “mundane” with art and to make that connection visible to our eyes as well. With his typical sharp eye, sense of humor and artistry Zoran Georgiev transforms the accumulated observations into art works – objects that are reminiscent of the field research done by archeologists.
“Each work in the show deals with the status quo situations where the individual, society and humankind as a whole have put themselves in at present. From the crisis with migrants and refugees, to Brexit, global warming, and pollution of the oceans and all the way to the global change in the environment, we have entered a new age – the Anthropocene. Failure now is not personal but collective. That’s why I have titled the show Mission Failed”, has commented the artist.
*******
Zoran Georgiev was born in Gevgelija, Macedonia. He graduated from the Painting Department of the National Art Academy in Sofia in 2012. He has had one-artist shows at the “Vaska Emanouilova” Gallery – “Nostalgic Future” (2014); at the 0gms Gallery in a Drawer – “Capital” (2012), and in Sariev Contemporary in Plovdiv – “Temporary yet Permanent” (2012). In 2014 Zoran Georgiev won the BAZA Award for Young Artists for which had been shortlisted before a number of times. He won the Essl Art Award for Young Artist from Central and Eastern Europe in 2013 and in 2011 the Award for Painting from the International Foundation St. St. Cyril and Method. The same year he was shortlisted for the Gaudenz B. Ruf Award for New Bulgarian Art in Sofia. The artist has participated in many group art shows in Bulgaria and Austria. He most recently participated in the large scale group project Per Anhalter at the Kunsthalle am Hamburgerplatz in Berlin in 2016.