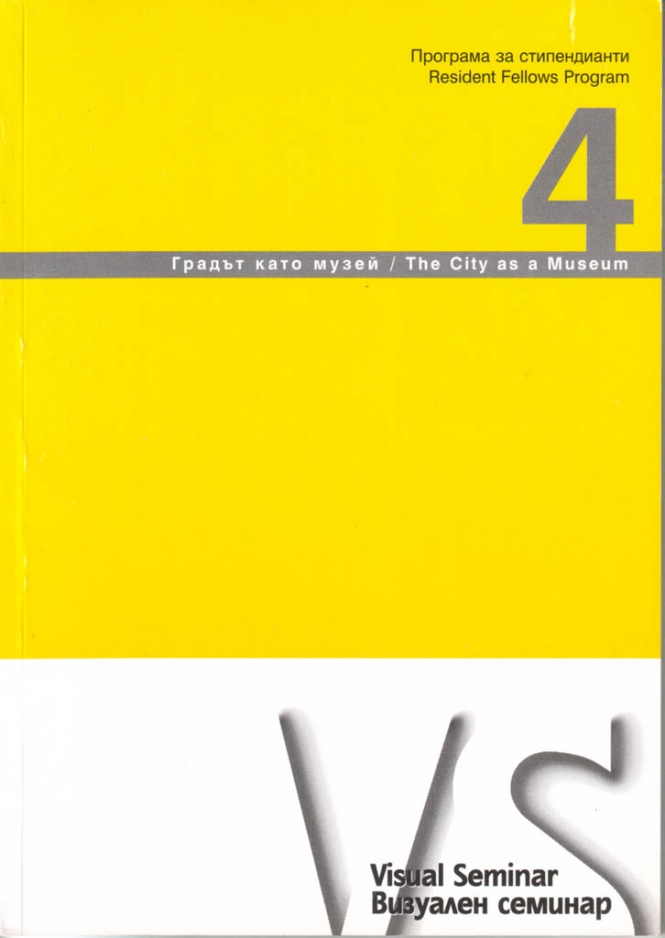 The issue covers the following projects: Ivan Moudov "The City through the Window of the Museum" and Svetla Kazalarska "Route 76", and includes texts by Iara Boubnova, Diana Popova, Nora Gloeshevska and Orlin Spassov

"The City through the Window of the Museum" is the theme suggested by the Visual Seminar for the fourth resident fellows competition... The competition attracted most interesting ideas in the context of the Visual Seminar as for instance the usage of the National Art Gallery windows as a membrane through which reality is in rivalry with art (Yulian Mitev) or the utopian project of a real-time visual documentation of the city for the next 100 years (Dimiter Paskalev). The concepts "Route 76" of Svetla Kazalarska and "The City through the Window of the Museum" of Ivan Moudov were selected among strongly contesting propositions, which reflected, apart from the ideas of the museumfication of the present-day reality, the specifics of the awareness for history of the public mind.