Inventing a People. Contemporary Art in the Balkans 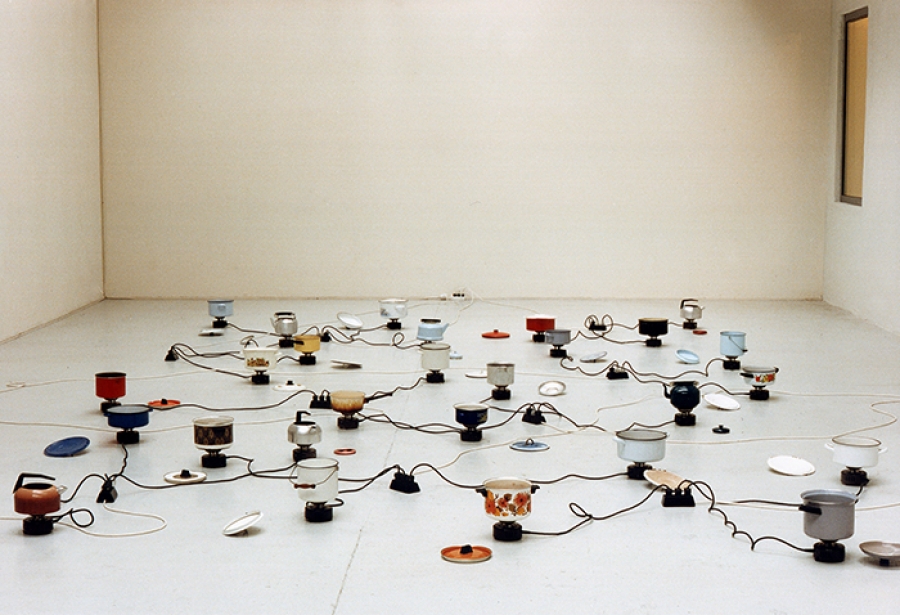 We are witnessing how the globalization of economy is turning the various corners of the world into interdependent elements while the new communication technologies are reconfirming the feeling of mutual interrelation. However, in spite of what the politicians are stating, what is taking over is disintegration which is especially strong in the Balkans, as well as within the entire post-totalitarian region. The case with the European peoples who are additionally divided into those who have no borders and those for whom geography consists only of borders is an example. The quantity of states has increased by 30 % and Bulgaria, for instance, has transferred from the group of the small into the one of the medium-sized European countries - there has also been a growth in the number of smaller countries. Freedom goes together with equality, and its principles changed everything -from the draw for the World Football Championship to the Biennials of contemporary art. On the other hand, the former totalitarian states or "new democracies", are faced with the problem that this change of ideology turns out to not be the only pre-condition for world equality and are taking now exams in other disciplines.

Against this background, art in our region seems to be formally free but turns out to be enslaved by its own responsibility to constantly prove that it is relevant within the common world context and is not only a national or regional exotic other. Such an activity is troubled by the "alien" origin of the language through which it characterizes itself, thinks and describes itself. The definitions and formulations of this language are the result of a translation as in, as a matter of fact, an interpretation which is the case with "Inventing a People". In Bulgarian the title of the project is read through a choice between the concepts of "discovery", "creation", "invention". The first definition is related to culture, which functions strictly within the space of its own material borders and reflects the gaze from "outside". The second seems to offer common activity and counts on interactivity which is slightly masked by the classical colonial idea for teachers and students. The third one could be accepted as a form of a total art project which offers freedom for the participants within the framework of a popular joke from socialist times -which says that they (the ruling power) pretend they are paying us, while we pretend we are working. The cynicism of this old joke is reflected today in the acknowledged crisis of self-identification when, in order to be noticed, the local art community (us) must stick strictly to the prescribed (foreign) rules, as well as, to transgress them within the accepted norms; and to rely on the scarto, the shift from the prescribed trajectory toward the center. Such a move would permit the passage from "discovering" and "inventing" the self-identity, which is suppressed by the necessity to represent itself and not to just be itself, to its "formulation" via the system of referential concentric circles of self-reflection. From "a subject/object of the post-totalitarian reality" and "an Eastern European as a political and social definition" the accent of the isolationist subjectivity should go to "a Balkan person", "an Eastern European as a geographical affiliation". Then the globalization, which is being introduced as "new ideology", will not ignore/erase differences but will be constructed by them. Thus, the first Balkan art show in many years is a big step down this path through its promise for a reciprocal representation of individual art contexts.