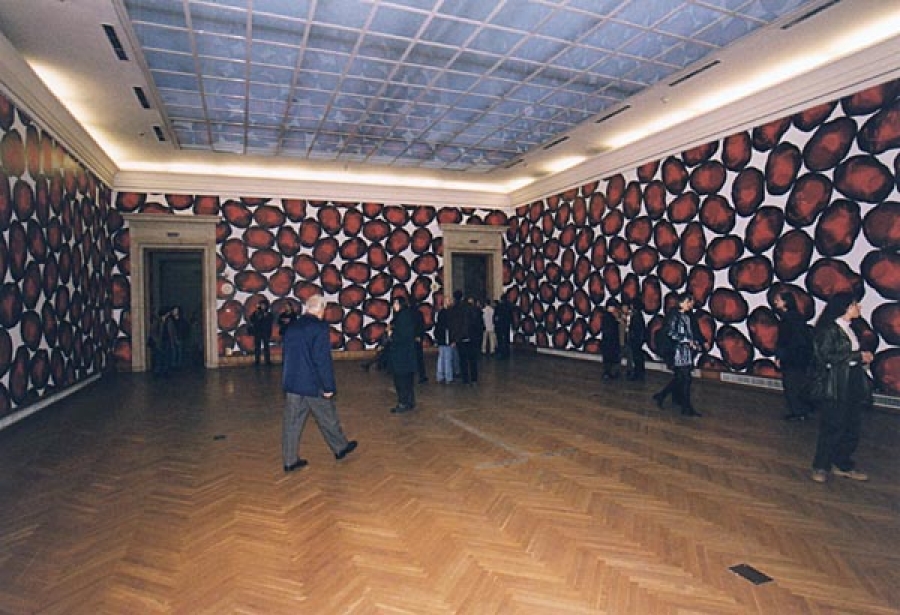 The exhibition project Locally Interested is intended to stage a direct encounter between the art public in Bulgaria, a country which is neither the most typical nor the most outstanding example for the processes of transformation in Eastern Europe after 1989, with some internationally known "nomadic" artists from the younger generation. The invited artists are associated with the search for new meanings and languages in art, they are using new technologies or experimental forms. Their names are amongst the most well known in the international world of art during the last decade. "Largely known in a restricted circle" of Bulgarian artists, their presentations in exhibition catalogues and art magazines are influencing the local scene as well. In spite of the widely proclaimed openness of the Eastern European region to the rest of the world during the post-totalitarian stage of its existence, the art and culture related communication between the "underdeveloped " and poor East and the highly sophisticated and rich West is still very much a subject to some form of translation. Due to reasons having to do with the complex nature of the art world infrastructure in the West this translation is most often a matter of Western "translations " of itself meant for all the others or Western "translations" of all the others meant either for the West itself and/or for all the others themselves. Thus, the translation is always predetermined in its authorship. It is very rare that an Eastern voice of interpretation of the art/artists in the West is heard/seen either in the West or in the East alike. Locally Interested has been initiated by a small-scale independent organisation - the Institute of Contemporary Art - Sofia. It is a step towards overcoming the official practice of "West-East cultural exchange" type of exhibitions. The project is based on a very local interest and a simple idea: "We want to see yqu here. We know you are important but we have no clear idea why. We would like to find out why should you be important for us as well". Therefore, this is a challenge for the artists who will take the risk to be "on display" in the East without too much help from infrastructural "translations". The Locally Interested exhibition tries to reverse the direction of the usual process of travel for contemporary artists - for example from New York to Kassel, or from Sofia to Venice, and to divert it, modestly and for a little while, from New York, Vienna, Moscow, London, Zurich, etc. to the highly localised city of Sofia, Bulgaria. The travelling artists are: Douglas Gordon (Glasgow), Peter Kogler (Vienna), Oleg Kulik (Moscow), Pipilotti Rist (Zurich), Nedko Solakov (Sofia), Rirkrit Tiravanija (New York), Uri Tzaig (Tel Aviv). Locally Interested aims to give an overview on the individualities of the artists without fostering any contextual integration neither between the art works nor with the local context in an attempt to demonstrate the diversity of contemporary art. The exhibition stages the encounter but it leaves to the free choice of the artists - what projects to realise in Sofia, and the public - what to choose to look at. This type of choice also functions as a peculiar way of mutually educational activity. The presence of the artists of Locally Interested in Sofia seeks a direct discussion on their concepts and works, which will surmount the difficulties of "translation".