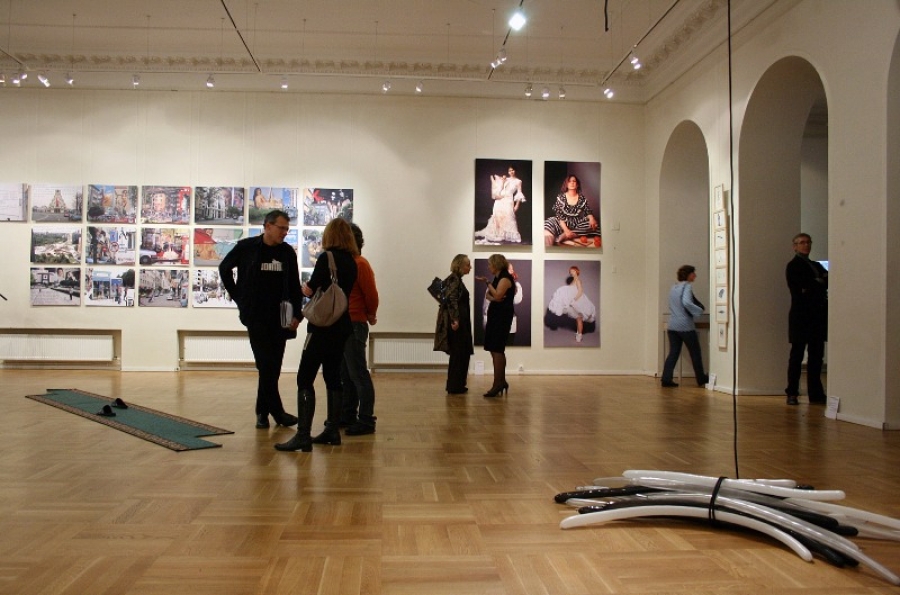 From Ideology to Economy Moscow 2009

The Year of Bulgaria in the Russian Federation

In collaboration with Forum Bulgaria-Russia

20 years since the fall of the Berlin Wall have already gone by... When we are talking about Eastern Europe we are referring to this period as a period of “transition” - from socialism to capitalism, from totalitarianism to democracy, from the centralized Union of Artists to the art market. During this period Bulgaria, once nominated the “sunniest barrack of the Soviet Bloc”, became a member state of NATO and the European Union.
A lot has changed during this time: the new position of the country on the political map of Europe led to conflicting notions for its regional and ethnic identity; the new relation to private property, after going through the romantic period of restoring justice through restitution, led to an aggressive privatization of public space; art that once used to “belong to the people”, now split into the elitist and mass varieties; the artists lost their feeding “mother”, the state, and are fighting for survival in a situation of international recognition combined with nearly total neglect at home.
The exhibition “From Ideology to Economy” is introducing the personal positions of several generations of artists who are demonstrating the different attitudes, reactions and interpretations on this period of “living through interesting times”. The first generation is one that had sufficient experience, both of life and professional, before 1989 and one of the most dramatic transformations of the 20th century. It is represented in the exhibition by Luchezar Boyadjiev, Alla Georgieva, Svetoslav Kokalov, Nadezhda Oleg Lyahova, Kiril Prashkov and Nedko Solakov. These artists are closely following the transition while treating the process with irony. Their attitude is one of mistrust towards the unconditional and unquestioned acceptance of the changes.
Mariela Gemisheva, Pravdoliub Ivanov, Kalin Serapionov and Krassimir Terziev found themselves right on the international art scene that had no national or ideological borders at the very moment when they completed their professional studies. Combining together the knowledge of art history with the everyday life practice, they keep on insisting on the correspondence between the artist and his/her time.
Those who are now around 30 years old often live abroad or are working for international projects most of the time. Rada Boukova, Petja Dimitrova, Boryana Dragoeva-Rossa in collaboration with Oleg Mavromatti, Daniela Kostova, Ivan Moudov, Stefan Nikolaev, Rassim and Samuil Stoyanov are analyzing the painful processes of transition from a group identity to individual one while defending their right to be different in the globalized world.
The youngest – Vassilena Gankovska, Vikenti Komitski and Bora Petkova are artists of the 21st century. For them the time of chaotic change is a natural habitat. They are not inclined towards didactics. With a sense of humor they overcome the hierarchies of the various visual languages found in the aggressive world of information and advertisement.
The works in the show have been created at different times for various contexts – from the small one-artist show in Bulgaria, to the famous international biennials.

These works have been selected together especially to be shown to the Moscow audience in order to showcase one more fragment of the ever-changing world of today.