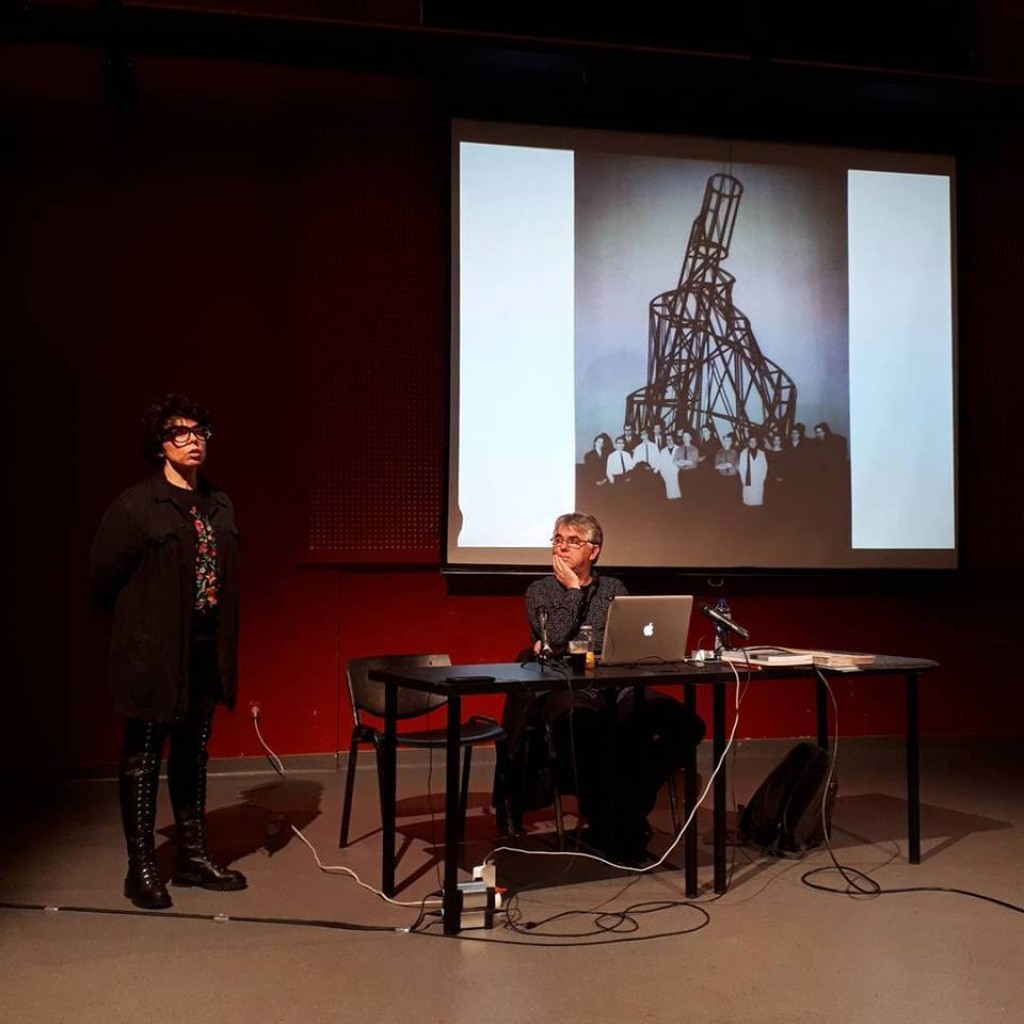 Miran Mohair is an integral part of one of the most renowned East European artistic groups - IRWIN, for which politics, in particular the concept of the state, is one of the main themes.
The group was founded in 1983 and is part of the art conglomerate "Neue Slowenische Kunst (New Slovenian Art)". It also includes the experimental theater "Scipion Nasice Sisters" and the famous "Laibach" music band, as well as Slovenian and international philosophers, designers, architects.
IRWIN Group consists of 5 artists - Andrei Savsky, Borut Vogelnik, Dusan Mandic, Miran Mohar and Roman Uraniek, but one author. At the heart of this author's work are several principles, the first of which is collectivism - the common artistic body that reflects modern public attitudes and "melts" the outdated pretense of the individual author. On the question what was the definition of the form of the group, the artists responded that it is exactly five people fitting in a car and easily traveling around for the realization of their projects.
The other principle is formulated as the concept of the "retro-avant-garde", paradoxically confronting the tradition and innovative experiments intertwined in the history of the XX century. According to IRWIN and according to Slavoj Zhizek's definition, "hyper-identification" with history can only allow art, to derive from it the endless benefits without "sticking" to ideologies.
In 2002, IRWIN published "East Art Map. (Re) Construction of the History of Contemporary Art in Eastern Europe from 1945 to 2000 "- a research and reference folio containing texts written by the invited representatives of different countries and a map of the interrelationships between individuals and the events in this art. "East Art Map" as an art project was presented within the framework of the Night of the Museums and Galleries of the Open Arts Foundation and curator Yara Boubnova in Plovdiv in 2011. http://openarts.info/east-art-map-irwin-bg/ . Miran Mohar then visited Bulgaria for the first time, but not Sofia.
In this year's 57 Venice Biennale, IRWIN presented one of the most interesting pavilions - the supranational "NSK State" http://nsk-state-pavilion.org/, which is realized through the temporary "NSK Embassies" and NSK Guards "During various artistic projects, and through the issuing of prestigious passports in the world arts environments. Many of the holders of such passports, including refugees and illegal immigrants in Europe, participated in the NSK State People's Congress in 2013. This futuristic project began in 1993 with the break-up of Yugoslavia in response to the return of ideas of the national state and the many issues related to the notions of territories, history, ethnicity, culture.
In 2010, with the active participation of IRWIN in Ljubljana, an International Academy of Visual Arts (AVA) was created.
Miran Mohar as representative of IRWIN and Ambassador of "NSK State in Time" comes to Sofia at the invitation of the School4artists Educational Project of the Institute of Contemporary Art - Sofia for individual meetings with his participants and for the presentation of the practices and strategies of IRWIN.