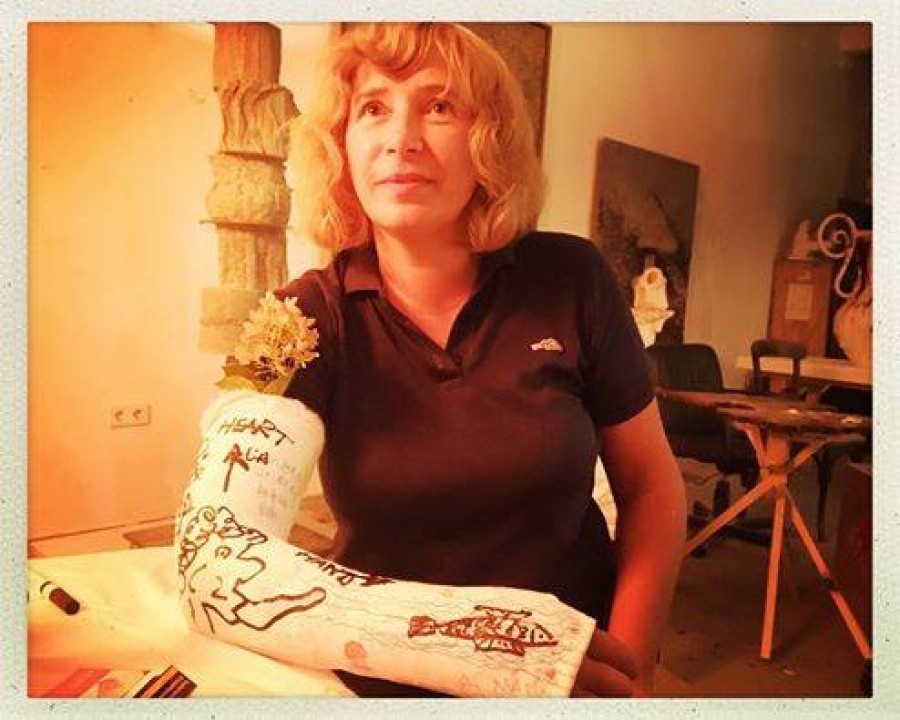 Anna Jermolaewa is one of the most wellknown Austrian artists today. She works predominantly with video, photography and installation, and adopted unbelievable intuition to always be at the right place in the right time in order to "find" her stories and build works rooted in the documentary. It could be said that her work is a persuasive argument in favor of the documentary approach in analyzing the social relations and structures of society, but also the everyday dynamics. The artist mastered a very sophisticated ability to visualize for the body for the viewer the kind of living space where the ideas for the future and the experiences of the past meet in the perception of contested present. The direct gaze of her camera is characterized by crystal clarity and legibility. It attracts the viewer by creating that rare experience as if one sees everything with her/his eyes without mediation. The documentary, however provides only an entrance to the work in which there is consistent, carefuly composited narrative - entertaining, recognizable, provoking personal associations, emulating emotions and interpretations.

Anna Jermolaewa, left her home in Leningrad running from political repressions when she was 19. She was among the founding members of the first oppositional political party in Rusia "The Democratic Union", and an editor for the party's newspaper. She arrived in Vienna with no money nor any connections and started taking any available jobs - something she continues doing even today from time to time, even if just as part of an art project. She worked as a naked model for the students at the Art Academy, for example. She studied Art History and New Media. Still a student she has been invited by the curator Harald Zeeman to participate in the Aperto Over All section at the 48th Venice Biennale in 1999. She taught New Media at the Hochschule fuer Kunst und Media in Karlsruhe, Germany, between 2005 and 20011.

Anna Jermolaewa was born in 1970 in Leningrad. Lives and works in Vienna. In 1992 graduated History of Art at the University of Vienna, and in 2002 - the class of Peter Kogler on New Media at the Art Academy of Vienna.

The project "Close Encounters - Visual Dialogues. School4artists" is realised with the financial support of the Culture Programme of Sofia.

Credo Bonum Gallery
ul. Slavyansk 2, Sofia 1000 (entrance from the street Benkovski)
Tel. +359 2 815 96 19 / E-mail: This email address is being protected from spambots. You need JavaScript enabled to view it.