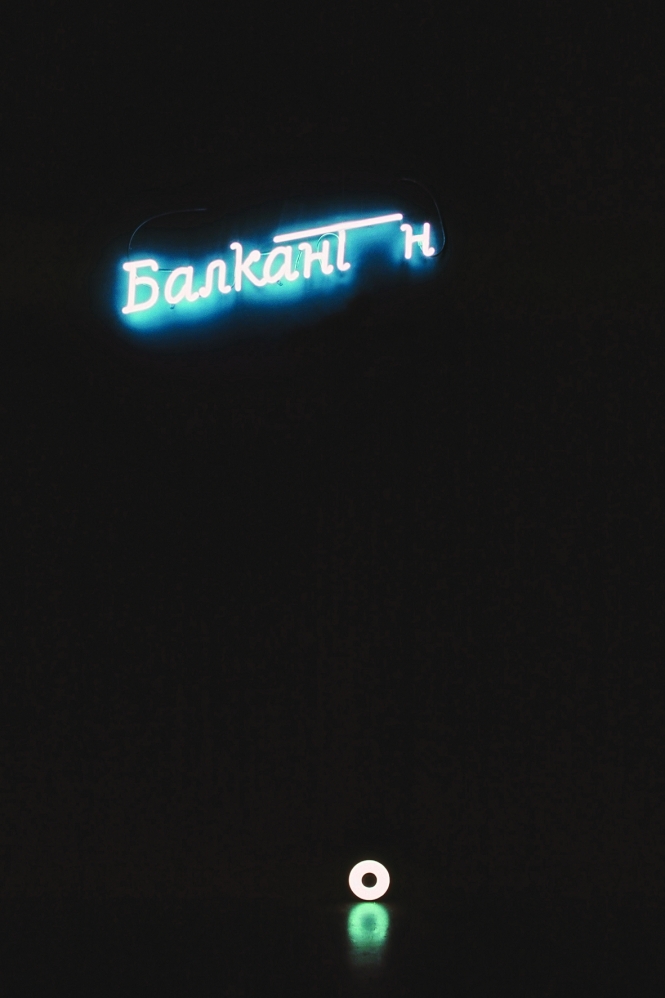 The first one-person exhibition of the Bulgarian born, internationally acclaimed artist Stefan Nikolaev, who has lived in Paris for the last 10 years, is presenting his newest works in a show titled “Balkanton”. The video installation “The Screensaver. The Hard Disk. The Disk” (2003) is an ironical and nostalgic comment about the recent past when “Balkanton”, the Bulgarian state music company, was producing and distributing “Bulgarianized” (socialist) versions of hits from the world pop-music scene. The installation “Monument to Monument” (2003) represents video, photographic and documentary information about the “visit” of one monument, which was produced in Vienna and is not liked too much in the city of Vratza, of the national hero Hristo Botev to his local counterpart in the central park of the Swiss city of Chur. Contemporary art has thought us to suspect a lot more in the works then one can see. We have become accustomed to the idea that a work of art consists of more aspects then we can actually see in the physical act of seeing it. The works of Stefan Nikolaev make us think that there are pleasant exceptions to the general rule for they announce themselves as nothing more then one can actually see, just like in a TV broadcast – “here I am, here is what happened, here is what happened again and again and again…” Things happen in life as they happen in art, and these are simple things as we can see them. This aspect is further connected with the way understanding happens with Nikolaev’s works. There is no didactic statement but thinking out, elaboration and exploration, mapping out possibilities of interpretation, and setting up fields of association, hinting at actions that can go whatsoever way.