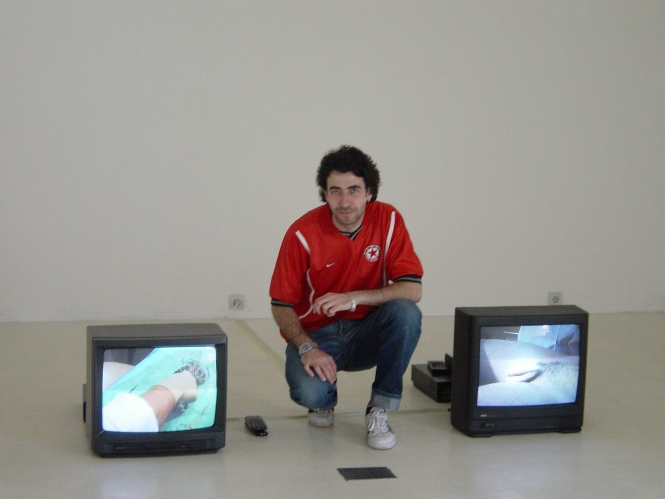 The work "Corrections 2", 2002 (a two-channel video projection, 17 min) was made during the International Performance Festival BBI in the city of Freiburg, Switzerland. It consists of a documentary video recording with two cameras of the circumcision surgery that the artist is undergoing. After "Corrections 1", 1996-1997, when during the course of 1 year Rassim® was bodybuilding fanatically in fitness halls and was eating in a special way in order to radically transform his body (and not only it), now the artist is shocking the audience for a second time. The transformation of the body via one of the most intimate and religion related surgical manipulations is an act that means a lot more then just a physical intervention. Living in a country populated by people with diverse believes and customs, Rassim® is trying to get closer to "the other" through this intimate yet drastic action. He is trying to speak the language of the other in his wish to discover him/her as well as his own identity. "Corrections 2" of Rassim® is the first exhibition from the long-term program of the Institute of Contemporary Art-Sofia in the ATA Center.