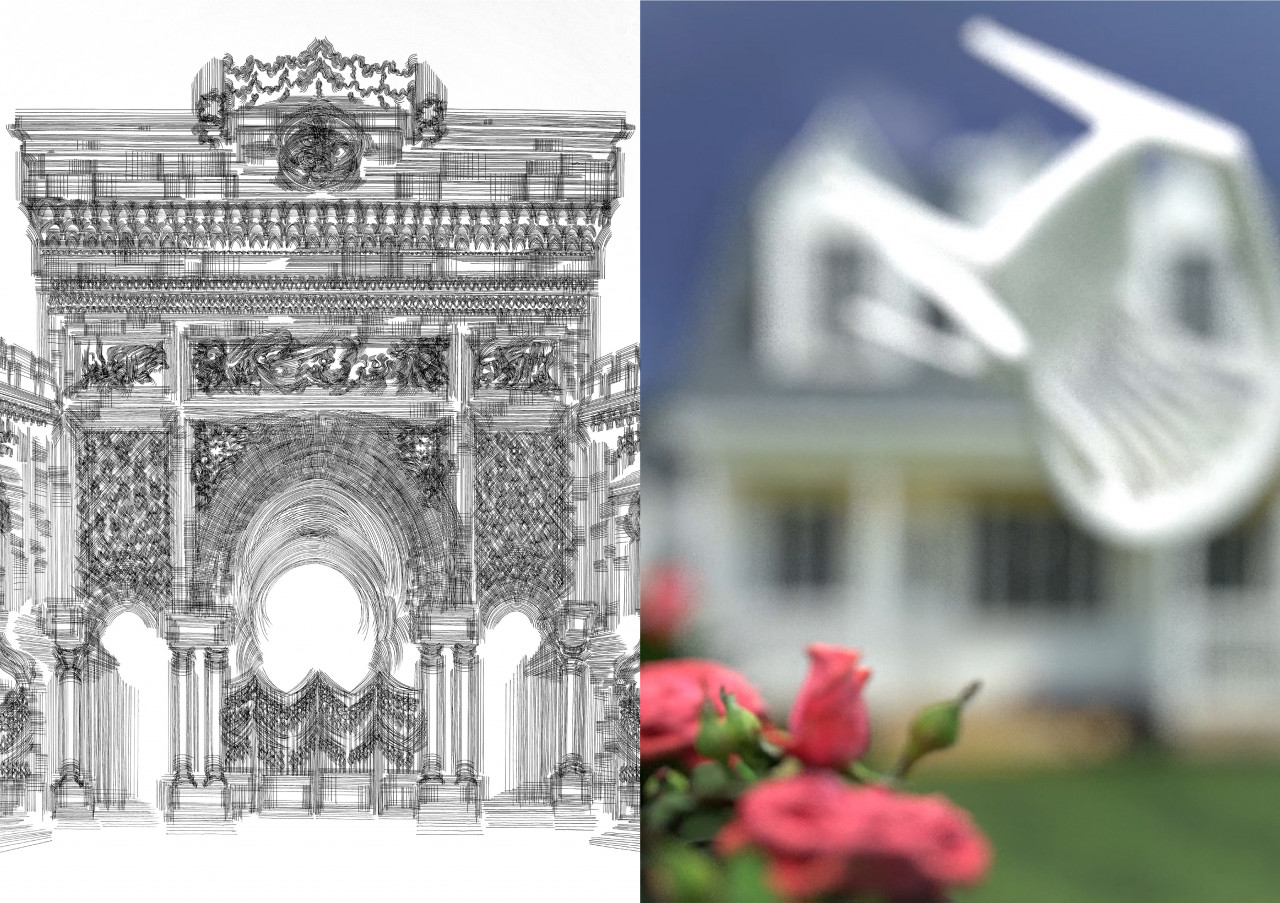 We live in a moment characterised by eroded trust in authorities, institutions, canonical narratives and icons. The drive to revise the past comes from all corners of the political spectrum. The Black Lives Matter movement destroyed monuments to colonial oppression. All over the former Soviet Bloc countries monuments from the communist past are still being destroyed more than 30 years after the Fall of the Wall. Conspiracy theorists revisit history to find clues leading to monstrous plots. In Bulgaria now the weird word изчегъртване (scrapping) of the previous government and the powers behind it, became a leitmotif. How come history is again a contested and heated field where reconciliation seems impossible? It is obvious that fictions in historical narratives with which power operates are no longer sustainable, that the configuration of objects, places and characters of the past must be reanimated.

The exhibition ReVisions presents two artists: Marina Genova (Sofia) and Çağrı Saray (Istanbul), who both revisit moments and images of the past, thus shaking received ideas and melting hegemonic narratives, once dominant.

In his series “Threshold of Forgetting” and “Spaces of Memory”, presented at the exhibition, Çağrı Saray reanimated historical architectural icons, significant for the building of national identity of modern Turkey. The buildings of the Dolmabahçe Palace, the Istanbul University, the Istanbul Painting and Sculpture Museum, the AKM, and Haydarpaşa Train Station, among others are portrayed in the series. They are animated by a special drawing method that the artist is using, making multiple lines for each shape, which in result creates an image that is constantly moving as if jolted by an earthquake.

Marina Genova appropriated the genre of “real person fiction in fantasy” in order to stage imaginary conversations between iconic historical figures. In her speculative plots real historical figures enter into a dialogue with fictional characters, sometimes crossing entire centuries in order to meet. In “Joan & Jo” the mythical persona of Jeanne d'Arc is having a small talk with Ayn Rand’s character Joan Harding (Red Pawn, 1932), while in “Forever Dolphin Love” the great spanish intellectual José Ortega y Gasset, author of the essay “On Hunting”, argues with the dolphin-trainer-converted-animal-rights-activist Rick O'Barry. In “If these fences could talk” the artist mediates a continuation of the debate between Susan Zontag and Adrien Rich, that started on the pages of The New York Review of Books in 1975.

In the works of both artists past and present are interconnected in myriad ways. They are yet to be explored, and yet are all leading into the future as projections for a potential path forward, in order to, in the words of Paul B. Preciado “build open, anti-monumental forms within the existing institutional ruins” (Preciado, 2017).

Marina Genova (1989) graduated in "Stage and screen design" at NATFA "Kr. Sarafov” and “Digital Arts” at the National Academy of Arts, both in Sofia, Bulgaria. Her works have been shown in exhibitions such as “Leap into the void" (2021, Goethe-Institut Bulgaria, Sofia); SHOOTING GHOSTS // Films and videos of Bulgarian artists, curators: Kalin Serapionov and Krassimir Terziev (part of a project of the Goethe-Institut “Moving Images Bulgaria-Germany”, 2020); “Particular Impulse” (2020, Fluca - Austrian Cultural Pavilion, Plovdiv); "Here the Food Never Spoils" (2020, Gallery Gallery, Sofia) and others. In her work, Genova explores the impact of the rapidly evolving technologies and networks on ideological, economic and political structures.

Part of the 2021 annual international program of ICA-Sofia entitled "Superpositions*". The programme is guided by the principle that interdisciplinarity is a major vector in contemporary art practice. The series of exhibitions examine the connections between art and fields such as: politics / poetics; science and technology; popular culture; gender and social movements; ecology and migration. The discursive couples are reflected in the structure of each exhibition - a dialogue between two authors - one from Bulgaria and one guest.