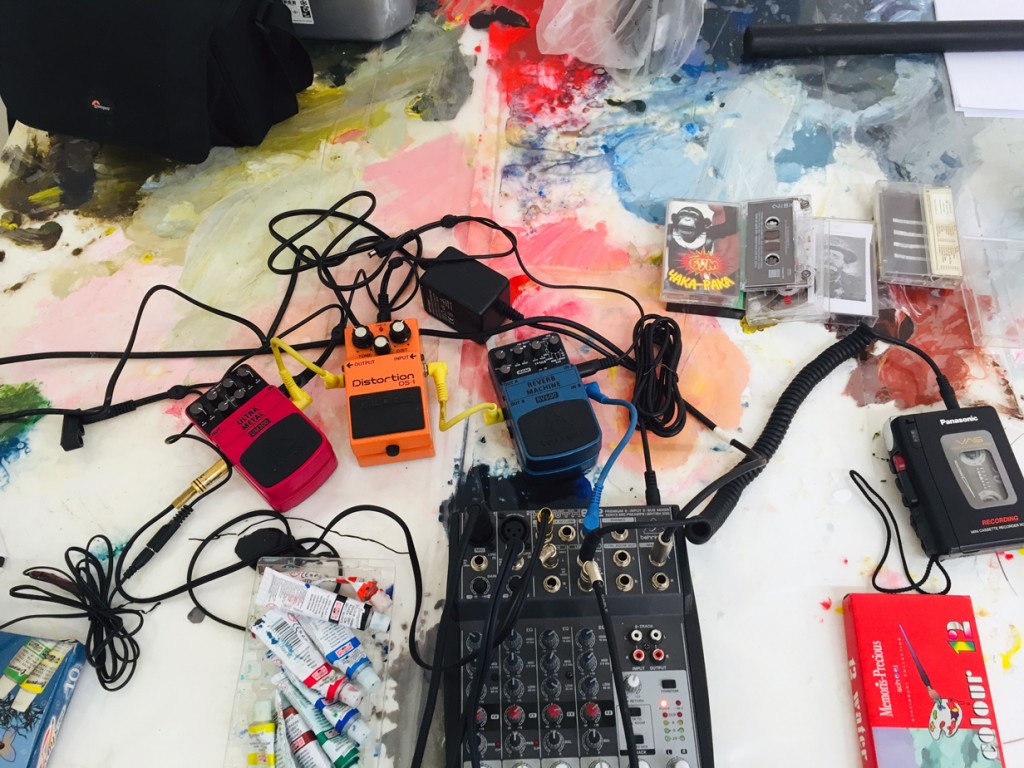 “Period” was initiated as a solo performance by Ivan Moudov. Daily, from Tuesday to Friday during the working hours of the gallery, the artist was drawing rows of dots on a canvas hung on one of the walls of the ICA-Sofia Gallery.
After a month he decided to transform “Period” into a group show. At his invitation, other artists joined the show with their works installed in the gallery. On their turn, after a while they would leave the show to make room for yet other artists and works. Thus, within the course of three months the show changed all the time while the only constant element there was Ivan Moudov’s white canvas, which he was laboriously and systematically filing up with rows of dots.