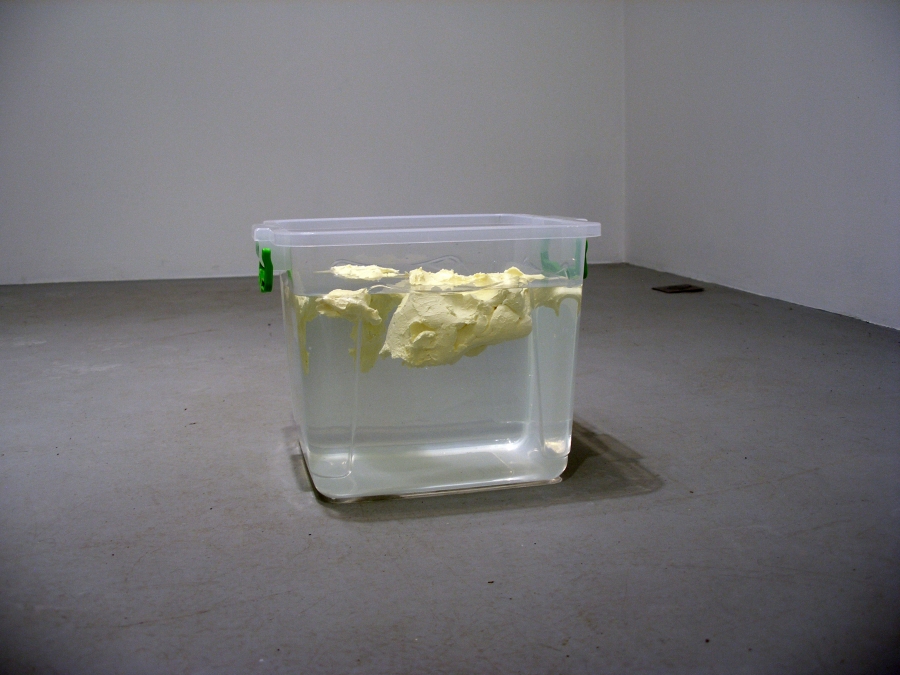 Samuil Stoianov On the Top 2010 courtesy the artist
Tweet

In 2009 Samuil Stoyanov (born 1975) became the second winner of the BAZA Award for Contemporary Art, an initiative of the Institute of Contemporary Art-Sofia realized jointly with The Foundation for a Civil Society (New York, USA). After his six weeks residency at the International Studio and Curatorial Program (ISCP) in New York City in the beginning of 2010, the artist is presenting his one-person show in the ICA-Sofia Gallery.

The title of the show mentions global warming – one of the most relevant political, social and cultural discourses of our time. The works in the show elaborate on its various aspects as part of the even greater problem of the relationship between human kind and the environment. In the view of the artist the environment includes also the “enduring” achievements of civilization such as art and architecture. For instance, his softly ironical style is in plain view when is planning an act of “mountain climbing” to the top of Burj Khalifa in Dubai while “visualizing” the ambitions of the structure (and its investors and architects) to surpass the wonders of nature; or when he is presenting the actual disaster with the oil platform this year and the following spill in the Gulf of Mexico in the form of floating chunks of margarine.

Such a synthetic glimpse over the signifiers of “today” is also present in the rendering of some encyclopedic items from the history of modern art such as the works of Vladimir Tatlin or Dan Flavin; as well as the sun, which has rather rationally been defined by Samuil Stoyanov as the “most powerful energy source” known to us”.

The works in the show, while each one having a meaning of its own, are combined in a joint and complex project. It is asking questions not as much about our attitudes towards the environmental issues as it is addressing our ability to critically orient ourselves in the world of trends, their propaganda and marketing strategies.

It would not be surprising if Samuil Stoyanov’s exhibition in the ICA Gallery will influence global warming indeed, if for nothing else than because of the well-known “butterfly effect”…

Samuil Stoyanov lives and works in the city of Dobrich, Bulgaria. In 2001 he graduated the Ceramics Department of the National Art Academy in Sofia. He has had solo exhibitions in Sofia, Dobrich and Vienna, Austria. Some of his group exhibitions are: Urban Legends, Sofia City Art Gallery, Sofia; Important Message, Sofia City Art Gallery, Sofia; Visual Immortality, 2nd International Biennial for Contemporary Art , Shumen, Bulgaria all in 2006; In Search of Lost Time, Sofia City Art Gallery, Sofia in 2007; Zero Gravity. The architecture of social space, The Ancient Bath, Center for Contemporary Art, Plovdiv, Bulgaria in 2008; From Ideology to Economy. Contemporary Bulgarian Art 20 years later, The State Central Museum of Contemporary History of Russia, Moscow in 2009;Sites of Memory: Architecture and Remembering, Stephan Stoyanov Gallery, New York in 2010, etc. He was awarded with: Debutants in the Field of Contemporary Arts and Culture Project Fund, 2003; 1st Prize at TOGETHER since 1957 - Competition for an art project organized by Bulgarian Ministry of Foreign Affairs, 2007; BAZA Award for Contemporary Art, 2009, etc.