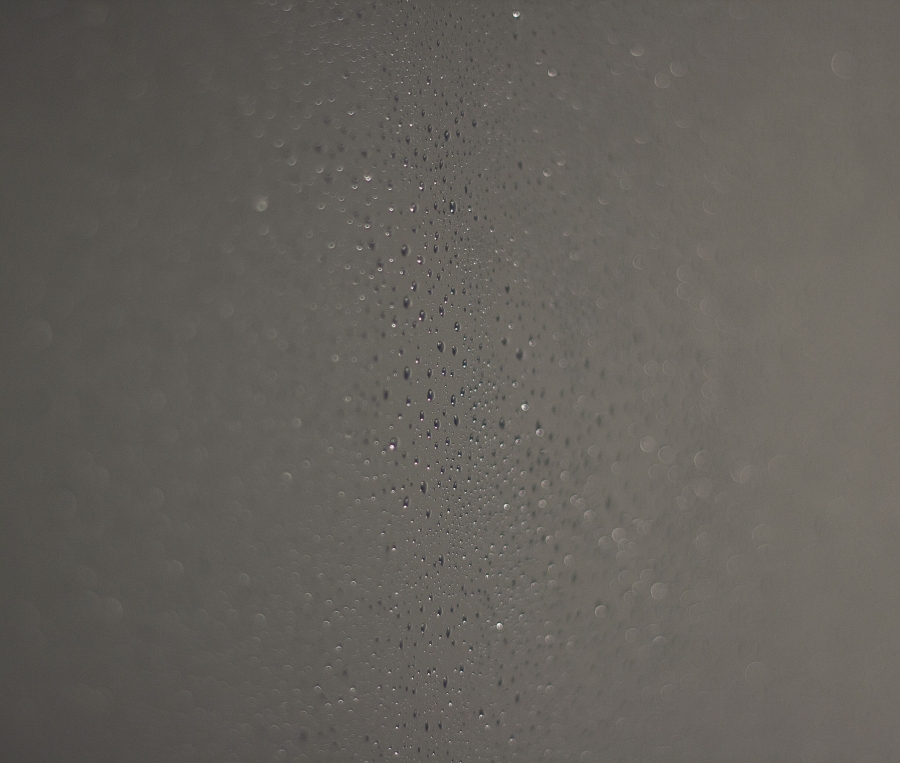 The new season at ICA Gallery starts with the one-person show of the Italian artist Massimo Bartolini.

Through his works Bartolini creates environments that are uniquely capable of relating to some “superior” worlds and spaces of culture. They create strange combinations, which sit between the objective reality where we live and a ‘breakout’ into some other ideal world. This co-existence of the familiar and the sublime activates personal experiences, memories, obsessions and nostalgia.

The main installation of the show, “Dews” is created especially for ICA Gallery. It is a reference to natural phenomena as well as to the history of modern art, to the minimalist painting and the monochromes from the 1950-60s. The droplets of moisture on the surface look like a window in  winter and trigger associations with religious miracles. Their fragile and perfect shape remind us of the sacred aspects of painting – at times the nuance of color shifts quite imperceptibly depending on the position of the viewer in the space.

The second work in the show is the performance “Double Shell” (2001) from the collection of the MMK (Museum für Moderne Kunst) in Frankfurt, Germany. It is on loan to ICA-Sofia especially for this event. In this performance the intimate physical gesture becomes a metaphor for the endless potential for human interaction.

"Performative sculptures" probably best describes Bartolini's work, for his interactive consideration of the viewer is paramount. With an air of contemplation, the works hint at a quasi-philosophical element. “These aberrant encasements concurrently distance and draw you in, creating a visual and psychological quandary.” (Freire Barnes)