As far Away as Near 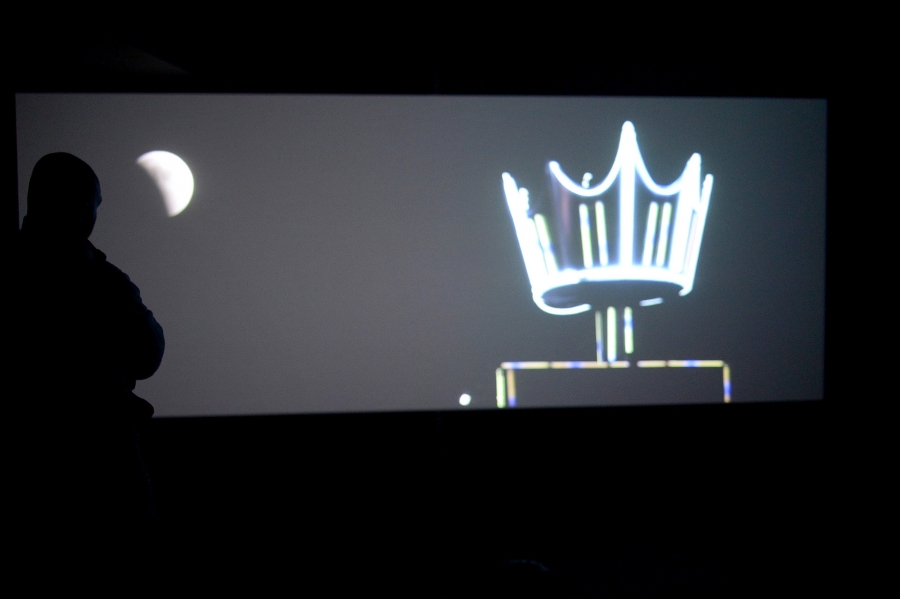 Kalin Serapionov has created his new video work titled As far Away as Near (2012-2013), premiering at
ICA-Sofia Gallery, by combining meticulous footage of natural and man-made elements, strict selection, poetical associations and psychedelic rhythm. He is audaciously juxtaposing in the visual sequence
a lunar eclipse, loaded with associations and metaphors from times immemorial, with the symbols of
consumerism – blinking neon advertisements and objects from today, or rather – tonight.

The natural and the artificial; the eternal, at least within the human perspective on time, and the temporary, whose fragility is underlined by the burned out bulbs here and there; the near and the
far away – the video is suggesting a variety of opposites to be "contemplated". The author however, is not trying to "trick" the viewer into taking sides or analyzing the available options. Kalin Serapionov is creating a hypnotic spectacle while counting on the video genre to produce suspense without falling into the trap of cinematic narration. The soundtrack of the work is an especially composed ambient sound – a combination of the real sound form the video with additional manipulation through mixing other sounds and effects together that underline the psychedelic atmosphere of the work.

Kalin Serapionov is one of the most consistently successful video artists of Bulgaria. He is often using documentary-kind of approach to carefully selected situations as the basis for his works. These are then complemented with masterful editing, montage and special sound contributing to the aura of the whole. The amazing composition of each still in his video works allows him to sometimes transform these into photographic series that are exhibited at other shows.

Kalin Serapionov has participated in some of the most important international exhibitions, video and cinema forums.
- - -
The author expresses gratitude to Martin Loukanov, Angel Simitchiev and Vladislav Boyadjiev for their help in realizing this work.
The exhibition is realized with the kind support of The Gaudenz B. Ruf Award.