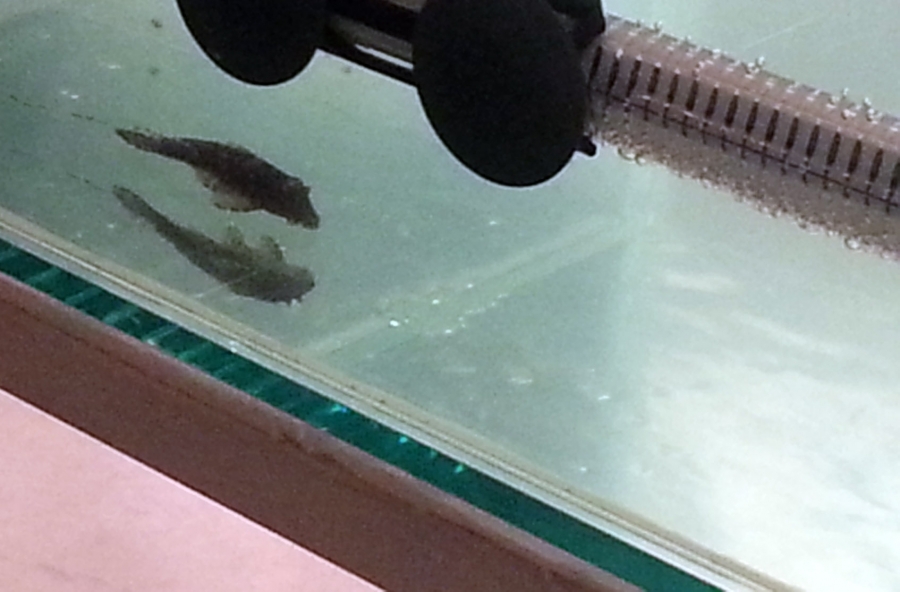 Vikenti Komitski, „The Impossibility of Unemployment in the Mind of Someone Working” (2013) Photos: Luchezar Boyadjiev

This exhibition of Vikenti Komitski (b. 1983) in the ICA-Sofia Gallery is the result of his 6-week residency at the International Studio and Curatorial Program in New York (ISCP, 2012) as the winner of the BAZA Award for Contemporary Art, an initiative of the ICA-Sofia realized in partnership with the Foundation for Civil Society (USA) and the Sofia City Gallery.
The exhibition presents objects, installations and projections. They might be seen as fragments of the impressions that the artist had from the diversity of New York. The subjectivity of these fragments and the links between them in fact help us recognize the present time of our global world in crisis. The journey to the New World and the clash with its magnitude reoriented the outlook of the artist and made him question ever harder the ordinary, the accepted, the popular.
„Why in ♥" (2012) is a comment on the famous logo „I ♥ NY", which Milton Glaser created in the middle of the 1970ies in order to promote New York as a tourist destination. The new re-configured version of Vikenti Komitski is questioning the city as the target of unanimous love as well as the very notion of love that has been exhausted through commercial abuse. "Why in love?" is like a common haters' asking in the present.
The still frame from a New York demonstration in "Washington Square Park" (2012) makes it clear that today the world is divided in a new class structure – the employed and the unemployed. The live Cleaner Wrasse fish (Labroides Dimidiatus) in the aquarium, „The Impossibility of Unemployment in the Mind of Someone Working" (2013), is a full time worker unlike the metaphorical shark in formaldehyde and its tile from 1991 by Damien Hirst. In the Komitski title the substitution of the words "death" with "unemployment" and "alive" with "working" is denoting the main opposition of existence today, which is very different from the discourse of art at the end of the last century.
Usually one looks for refuge within the perimeter of the personal world, in the inviolable private space. However, it is always invaded by the world outside as a constant challenge in the work „Disturbing Object" (2012). Another possibility for interpretation is the melancholic nostalgia for the seemingly idyllic and somehow ordered past from the untitled photograph where a hand is "remotely" reinstating the pentacle on top of the former headquarters of the BCP (Bulgarian Communist Party, before 1989) in Sofia. There is also the traditional trusted means of survival in a crisis – the preserved food in a jar for the winter that is full of pennies in honey in "Honey Money" (2013).
- - - - -
Vikenti Komitski graduated from the department of "Sculpture" at the National Fine Arts academy in 2006. He is making installations, objects and video. In 2012 he participated in the show GO WEST, a special project of the Moscow Biennial for Young Artists; in ...Is This Free? At the NutureArt Gallery in New York. He has had the one-artist shows No Image Available at The Fridge (2011) in Sofia as well as Subjective Geography at Sariev Gallery (2011) in Plovdiv. Among his participations in group shows are Enterpot with Krinzinger Galerie (curated by Rene Block) and An Exclusive Object of Art with Dana Cherkasi Galerie (curated by Iara Boubnova) , both shows part of East by South East, Vienna 2011; in Beyond Credit at the Antrepo 5, part of Istanbul – Cultural Capital of Europe 2010. He is working with 0gms Gallery in Sofia and Sariev Gallery in Plovdiv. He was artist in residence with Futura, Prague (2011) as well as with ISCP, New York (2012). He is the winner of the BAZA Award for 2011. Works and lives in Berlin.