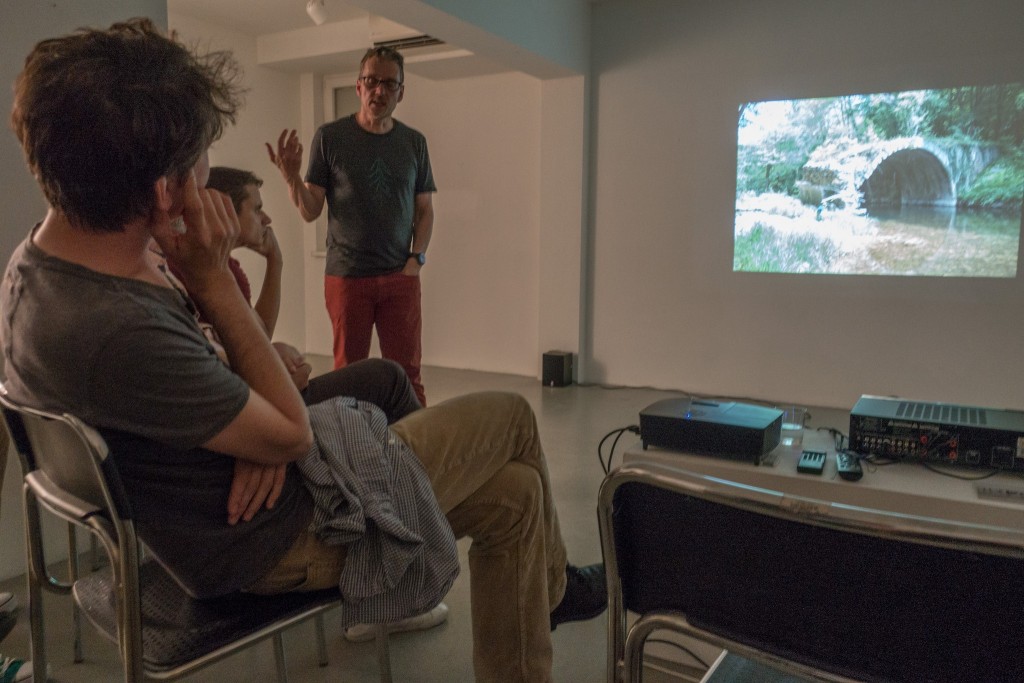 Swiss Canadian artist Thomas Kneubühler is currently in Sofia for a four-month artist residency, as part of the residency program by Landis & Gyr, in collaboration with the Centre for Advanced Study Sofia. At the ICA Sofia, he will make a public presentation of his work, and discuss some of his latest projects.

Thomas Kneubühler works with photography and video, with social issues are at the centre of his practice. Many of his projects deal with the effects of technology on society or with power dynamics of land use and resource extraction. His subjects are diverse, from security guards to nightly office buildings or ski hills emitting 500,000 watts of light.
Long term research is an important part of his practice, combined with extensive fieldwork, including several projects in Canada’s far North.
In «Under Currents» he investigated the hydroelectric installations in Northern Quebec, and their impact on the people and the land. In «Days in Night», he looked at the social and aesthetic aspects of the polar night on a military station in the high arctic.

Born in Solothurn Switzerland, Kneubühler completed a MFA at Concordia University, Montreal in 2003. His projects have been presented in exhibitions and screening in both Europe and North America, among others at Centre culturel canadien, Paris, the Centre Pasquart Bienne, the Musée d'art contemporain, Montréal, Les Rencontre International, Paris
and Berlin, the Solothurn Filmfestival and the Videonale at the Kunstmuseum Bonn. In 2011 he was awarded the Pratt & Whitney Canada Prize by the Conseil des arts de Montréal, and in 2012 the Swiss Art Award by the Ministry of Culture Switzerland.