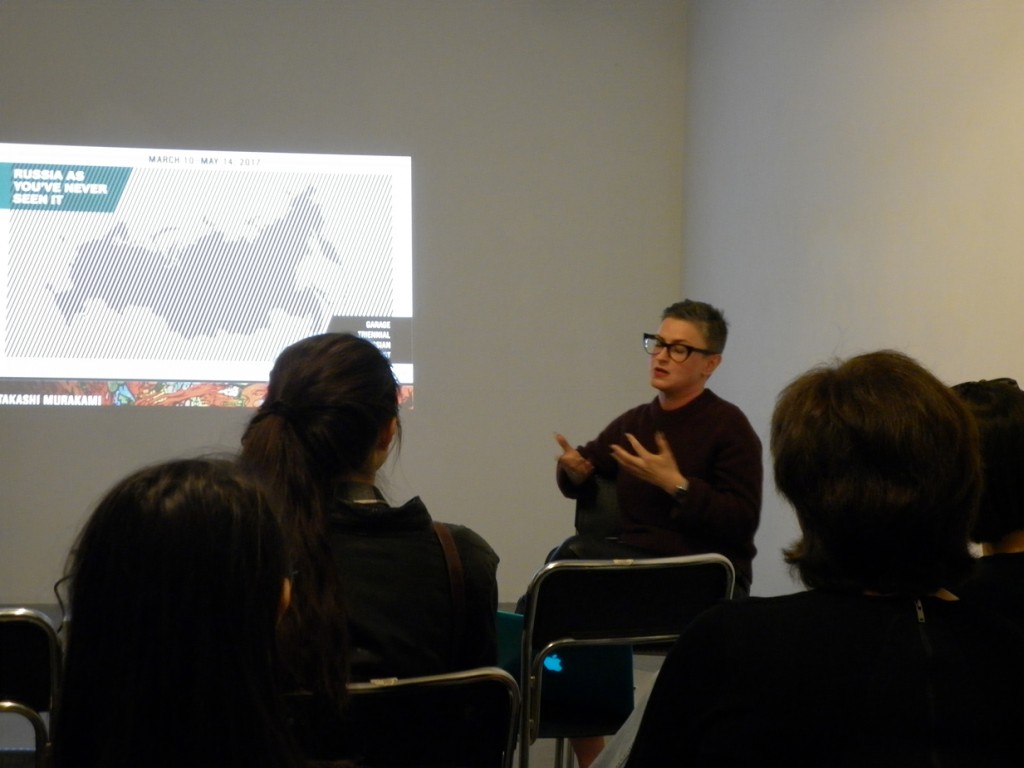 Snejana Krasteva b. 1979, Plovdev, Bulgaria
Snejana Krasteva is a Curator at Garage Museum of Contemporary Art. She has a bachelor’s degree in Chinese language from Nanking University, China, and a masters in curating from Goldsmiths College, London. From 2004 to 2007, she was the director of the gallery Beijing Tokyo Art Projects in Tokyo and Beijing and from 2007 to 2009 she worked at the Ullens Center for Contemporary Art, Beijing. From 2011 to 2013, she was a curator at Art on the Underground, London, where she realized a series of public art projects. Her exhibition projects at Garage include The Other Side (2014), solo shows by Erik Bulatov and Katharina Grosse (both 2015), and Grammar of Freedom / Five Lessons (2015, with Zdenka Badovinac and Bojana Piškur). She was one of the organizers of the conference Performance Art: Ethics in Action (2013). Krasteva has worked at Garage since 2013.