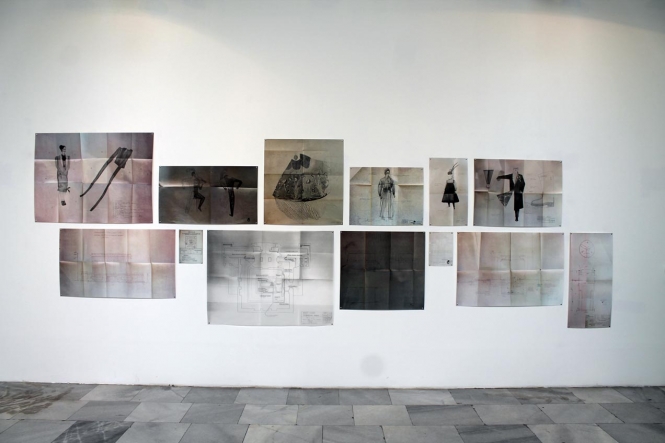 The BAZA winner for 2015 is Aleksandra Chaushova

2015 marks the eight release of the BAZA Award for Contemporary Art Competition. The only one of its kind in Bulgaria, the award is aimed at artists aged 35 and under and grants a travel allowance and a month and a half residency in New York City. The competition is held in two rounds. Every year in spring a specialist jury shortlists four to eight young artists, who subsequently showcase their works in a general exhibition. On the opening day of the exhibition the jury sit yet again to select the winner of the award based on the artists’ exhibited works.

On the programme of the New York City residency, organized by the Foundation for a Civil Society, are meetings with curators, visits to galleries and art institutions, opportunities for cooperation with international artists as well as a chance for the artist to hold an exhibition and present their work. Enhanced professional contacts are also the result of BAZA’s being part of a network of similar awards competitions in about a dozen countries in Central and Eastern Europe (YVAA).

In Bulgaria BAZA goes back to the year 2008 when it was proposed by Maria Vassileva and set up by the Institute of Contemporary Art – Sofia. Upon completion of their residencies, award winners are granted a further opportunity of holding a solo exhibition at the ICA Gallery in Sofia. As a project partner the Sofia City Art Gallery offers its space and cooperation in organizing the nominees’ exhibition, whose curator is Daniela Radeva.

The jury members for the 2015 competition are: Galina Dimitrova-Dimova (curator), Ivana Nencheva (artist), Vessela Nozharova (curator), Diana Popova (critic), Sasho Stoitzov (artist). For the past three years also sitting on the jury in the second round has been a US curator, holder of a Vilcek Foundation scholarship. This year this is Boshko Boskovic, an art historian and curator, Program Director of Residency Unlimited, New York.