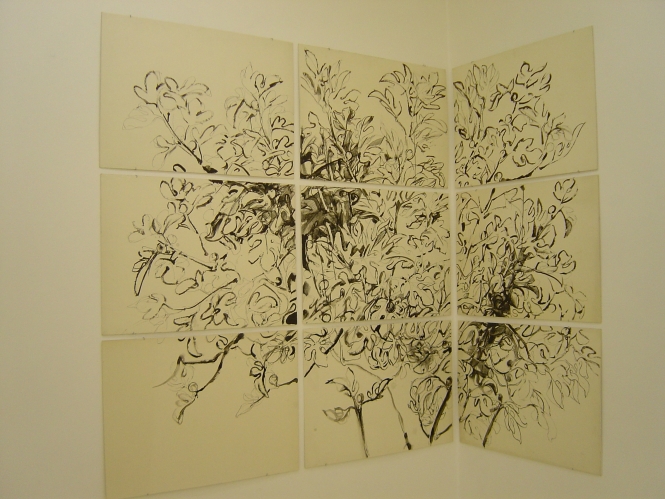 When I was making mainly pen-and-ink drawings I thought it’s better to fill them with background only. K. P. Kiril Prashkov is one of the few Bulgarian artists who are transferring between the traditional and non-traditional genres somehow smoothly and painlessly. Having started his artistic career as a printmaking artist and a book illustrator in the second half of the 1980ies, the artist was fast to find a way to preserve and to go on using his skills while at the same time suggesting to many others a new direction of thinking and experimentation. Kiril Prashkov was not only participating in but was the initiator of some of the emblematic shows of the 19080ies and the beginning of the 1990ies, shows that opened up new territories as much for the meaning and the nature of drawing as for the visual arts in general. Now he is presenting an almost retrospective show that includes works created in the last 18 years. Although the artist is known for his witty and sarcastic objects, texts and installations, this exposition will include only drawings. These somehow are meant to reconfirm the fact that throughout the years the artist has developed without having to change too much. “Drawing as Craftsmanship” is always the basis of his projects. The exhibition is presenting six cycles of drawings: “Fig” (1985/86), “Sky” (1996/97), “Recipe” (1999), “Natural Modernism” (2000), “25 % Grass, 50 % Grass, 75 % Grass” (2000), “Grass” (2003). One can follow the various interpretations of drawing there. It is alternately luscious and beautiful, technical and rational. Somewhere in the middle are left the works from the cycle “Natural Modernism” that are dedicated in this case to the emblematic works of Marcel Duchamp. In this exotic anti-ready made “The Wheel” and “The Bottle Rack” of Duchamp are drawn as if the artist has seen them in his imagination as if having been made out of wood. Regardless of the amount of humor, all drawings insist on the masterful handling and the ecstatic feeling that this alone is a good enough reason to make a work. There is room for that in contemporary art too. Kiril Prashkov is born in 1956. In 1983 he graduated the Department of Book Design and Illustration of the National Art Academy with Prof. Roumen Skorchev and Prof. Vladislav Paskalev. He is working in the field of drawing, object, installation and graphic design. Lives in Sofia.